In India, NOTA i.e., ‘None of the Above’ was introduced as a choice for the Electronic Voting Machines and Postal Ballots in the General Elections in 2014. It is widely accepted that a NOTA vote is lack of endorsement by the voter for any of the candidates contesting in a given constituency. Regarding NOTA, the Election Commission of India has clarified the following:

A lot has been talked about NOTA and political scientists have put forward different viewpoints on NOTA. I am not discussing or debating these viewpoints. In this blog, I will analyze the NOTA votes cast in 2014 and try to draw some conclusions objectively.

In the general elections in 2014, roughly 1.08% of the votes cast were NOTA. This amounts to 5.99 million votes out of a total of 547 million votes. Some of the basic statistics pertaining to NOTA votes are in the table below. 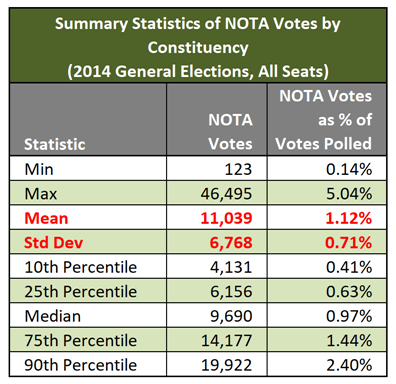 Table I: Summary Statistics of NOTA Votes by Constituency, 2014 General Elections
As we can see, the average NOTA votes in a constituency were 1.12%. In a large democracy like India which has more than 800 million voters, such NOTA votes represent a very small percentage. Therefore, there could always be an attempt to brush the NOTA votes under the carpet or to treat them as having nuisance value at best. However, we can also see from the table above that the maximum NOTA votes in a constituency were slightly higher than 5% and that the 90th percentile is 2.4%. As with any statistical analysis, it is important to look at the frequency distribution instead of just the mean. The frequency distribution of the percentage of NOTA votes in all Lok Sabha constituencies is presented below in Chart A. 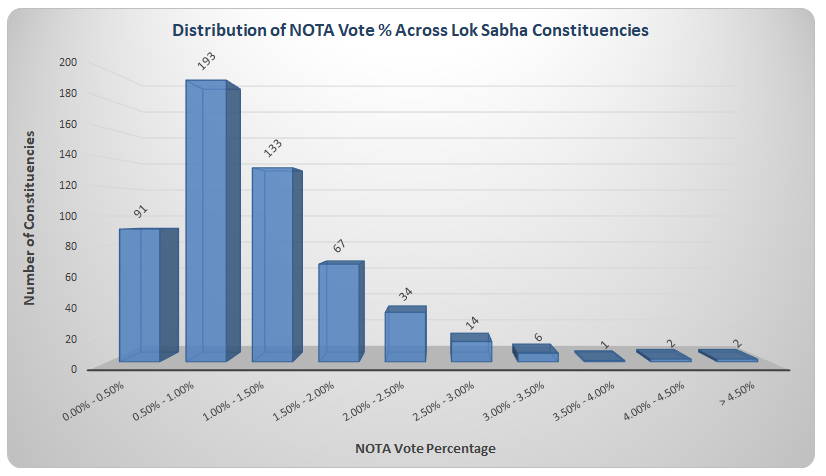 Chart A: Frequency distribution of the percentage of NOTA votes in All Lok Sabha Constituencies 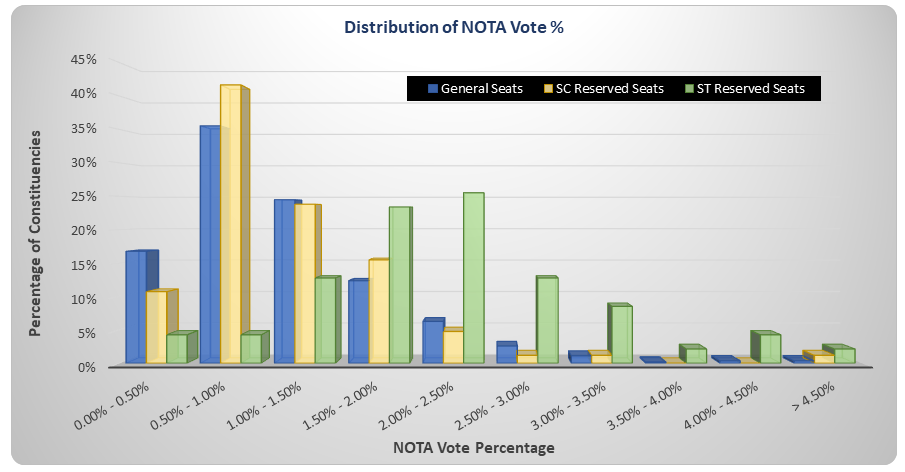 In Gujarati, the elder brother is affectionately referred to as ‘Mota Bhai’. I want to borrow this phrase and make an impassioned plea not to ignore the NOTA votes in the constituencies reserved for the Scheduled Tribes. Even with a low percentage of NOTA votes, the Scheduled Tribes in India are conveying a message. It could be that they are genuinely unhappy with the candidates who are in fray and hence, decide to cast a NOTA vote. But I fear that if they casting a NOTA vote because they feel marginalized in the economy and polity of modern India, then it is unfortunate and is probably leading to an incendiary situation. Mota Bhai, the least we can do is to understand the root cause and try to address it.